Myself and my fellow students have just returned from an epic eight-day trek to Barentsburg; a Russian mining settlement on Svalbard’s West Coast. This was a hard expedition. Travelling 150km on foot; over rough terrain, through rivers and up mountains, all the while wearing plastic boots that freeze solid every night and carrying 30kgs of equipment is one of my more challenging encounters with the Svalbard wilderness. I had back-pain for the first time in my life by the end of the first day and by the eighth I was barely equal to hobbling back into Longyearbyen, so blistered and raw were my feet. I sweated and froze in equal measure, never seeming to find that happy median in between. 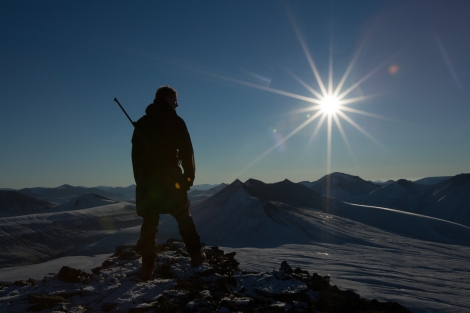 I have to say, if I were to repeat the trip, I would have done a lot differently. I might even have burned my plastic boots so I wasn’t tempted to wear them. Contrary to what many of my friends believe, a perverse fondness for suffering is not why I enjoy expeditioning.

It is true that there is some pleasure in racking up another hairy-chested tale of toughing it out against the elements; more pleasure still at the prospect of the first meal, the first shower and the first night in your own bed that accompany a return to civilisation. I also recognise that challenges and this kind of honest, physical suffering contribute to a general sense of contentment when combined with good company and a simple means of living. But in this case, the suffering was simply a small price to pay for being able to see Svalbard grow old.

Over just eight days, the island seemed to seize-up and turn white. The rivers slowed and solidified in their beds; the rocks and plants became prickly with hoar-frost and low-autumnal clouds swept in to insulate us from our surroundings, smothering us in a constant pale blanket. The darkness grows, the temperature drops and the Northern Lights flicker overhead. 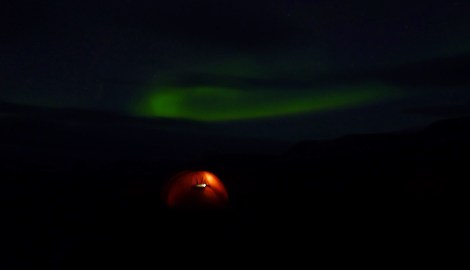 With the darkness, the familiar duty of the polar bear guard takes on a more sinister note. Your visibility reduced, your senses numbed by the cold but your imagination in overdrive, the nights watch becomes frightening at times. Standing atop an ice-covered mountain, armed with an big-game rifle, a flare gun and a million candlepower spotlight, it begins to feel unbelievable that you are waiting for anything as mortal as a bear. The sudden appearance of a troll, an ice-giant or some other creature from Norsk legend seems more likely. 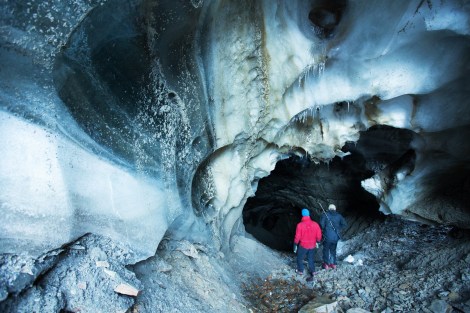 Exploring Svalbard on foot in this way, there is ample evidence of failed human exploitation of this wilderness. Following a compass bearing through the mist, an abandoned drilling station or mine would often solidify before us. Through a combination of its remote location and the special challenges posed by its hostile climate (not to mention wildlife), almost all attempts to extract the mineral wealth of these islands have ended in failure and bankruptcy. Only the coal mining has been able to persist for more than a few years, with just two of the dozens of mines once open on the archipelago still in operation. One is Russian and one Norwegian, and the only function of these is to provide power for the settlements of Barentsburg and Longyearbyen.

One story we’ve heard seems particularly instructive. In the 19th Century, an English entrepreneur sailed to Svalbard with the aim of tapping its extensive mineral resources. On a northern island, he discovered vast quantities of beautiful marble, sure to extract a fine price in the south. Loading a ship-full, the entrepreneur returned to his native land with the valuable cargo. Opening the hold at the other end, he discovered a mound of fine, marbled gravel. The marble, being extracted from its home in the permafrost, had disintegrated into worthless dead-weight upon introduction to England’s relatively balmy climate.

Svalbard, it seems, resists exploitation and civilisation. It has been wilderness throughout its existence and holds onto that status with an icy grip. Just two settlements of any size exist on the islands, and these are not self-sustaining. Only wealthy states such as Russia and Norway can afford the vanity project of keeping a subsidised community on an Arctic island. 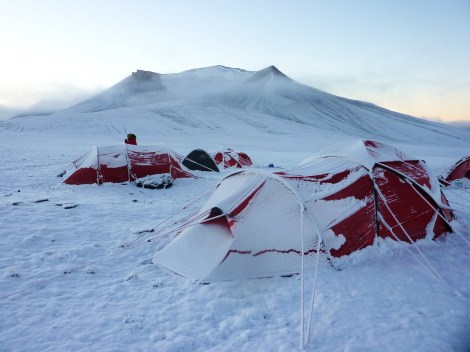 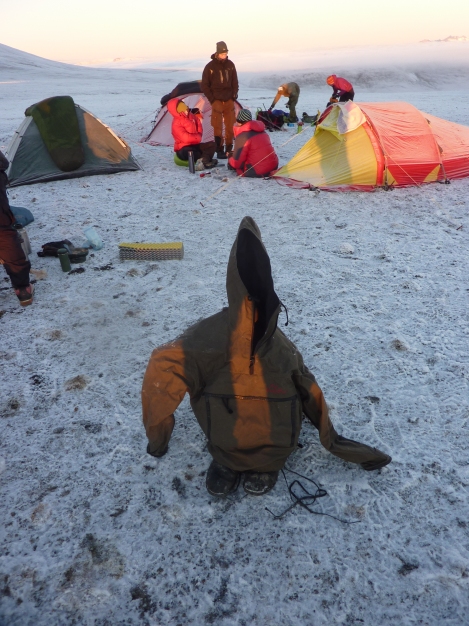 Svalbard’s cold, as well as its status as one of the world’s most pristine wildernesses would usually mean that the water would be clean enough to drink straight from source. However, the invasive sibling vole has successfully managed to colonise a small area of Spitsbergen, and carries with it a parasite that has serious implications if it finds its way into your digestive system. As Sigmund, our laid-back course co-ordinator put it; if you are unfortunate enough to contract the parasite, “the main symptom is death”. All water is therefore boiled obsessively before drinking.

Our motley crew makes it to Barentsburg

Reaching the Russian settlement of Barentsburg was the undoubted highlight of the expedition. The place is inescapably Soviet. Your mobile phone even adjusts time automatically by two hours to take account of the fact that you have just entered a Russian time zone. I have been to Barentsburg before (albeit briefly https://leocarew.wordpress.com/2013/09/04/back-at-last/) and the contrast between this visit and that was startling. In the intervening period it has burst into life; the old communist apartment blocks being demolished; the town full of tourists; new houses growing timber-by-timber and the sports hall (transported brick-by-brick from Moscow following the 1980 Olympics) presenting a freshly-clad face to the world.

It is not clear what has re-ignited Barentsburg but having been on the verge of shut-down, it now looks as though the Russians are preparing to stay for another twenty years. Perhaps impending global warming has persuaded them that Svalbard will someday relinquish its natural resources with less reluctance than it does now. 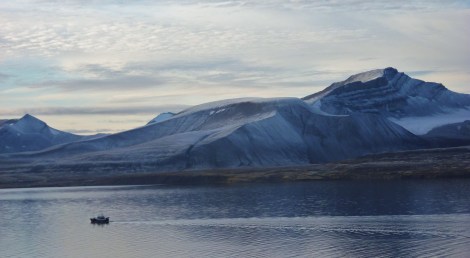 My frustrating journey with Windows Movie Maker continues, with my second attempt at creating a film depicting an expedition (shot entirely on my GoPro) to be found here: https://vimeo.com/76558348

While ending such a trip is always sad, returning to civilisation was an enormous release from pressure and discomfort. I therefore have no explanation for the fact that after Christmas, myself and two friends have decided to live outside Longyearbyen in a tent for 6 months. This period will include the worst of the Svalbard winter, 24hr darkness and of course, a constant polar bear threat.

We have obtained permission for our tent-site from the local council; taken delivery of 2 tons of firewood for the stove that will keep us warm down to – 30C and even featured in the local newspaper for our endeavours. Twice. I don’t think people rock the boat much in Longyearbyen.

I am relishing the thought of this distilled way of life. The floor is to be covered with reindeer skins for insulation; the light provided by oil-lamp and, released from the time-consuming tyranny of the internet, entertainment will come in the form of books and good conversation. Even if it proves harder than expected, much will be learned. At the very least, we shall gain another tale of hairy-chested survival. 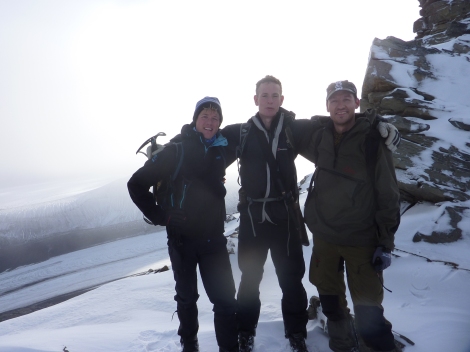 My two companions for the tent project. On the left, Cees Apon (Netherlands) and on the right, Morten Wied (Denmark)

5 responses to “Barentsburg and Back – The Russian Coast”