Our current age is unusual, in that we are the only species of human on earth. For most of our history, we have shared our planet with some interesting evolutionary cousins. I love the thought of how that might have felt – to be walking in a forest, and encounter something that was shaped roughly like you, but also deeply, profoundly alien. What would they have been like, had they survived to an historic age? What kind of society might they have created? And how would that have changed our own identity? This is the main premise behind my debut novel, The Wolf, set in a version of ancient Britain where multiple species of human have survived the Ice Age, and gone on to set up their own society.

This idea first came to me as a child, when I realised that every animal of comparable weight seems to be stronger, faster and toothier than we are. That got me wondering about a race of humans who were the wild equals of the deer, the lynx and the wolverine. What would they have looked like? How would they have behaved? So the Anakim – the main alternate race of people in the book – were born. Developing them has probably been the most enjoyable part of writing The Wolf.

It was many years later, during my studies in anthropology, that I discovered why we seem so physically hopeless. When we started farming, we domesticated ourselves just as efficiently as we did cows, sheep and crops. In the blink of an eye (anthropologically speaking), we grew drastically shorter. Our jaws retreated, our brains shrank, our bones became much less dense, and our faces grew charmingly fragile and expressive. We are a domesticated version of Homo sapiens, physically akin to our ancient ancestors as a dog is to a wolf.

That idea fascinated me, and the Anakim are partly inspired by how human beings once were, thousands of years ago. They are taller, more rugged, and more robust. But how could the Anakim have built a complex society, and yet retained their wildness? There seemed to be two options. Either, they did not develop agriculture, and so were never subject to the selective pressures which caused our domestication. Or, they had a social structure which counteracted the effects of agriculture and sedentism, and rewarded high levels of physical robusticity and aggression. I couldn’t choose between these ideas. So I took them both. 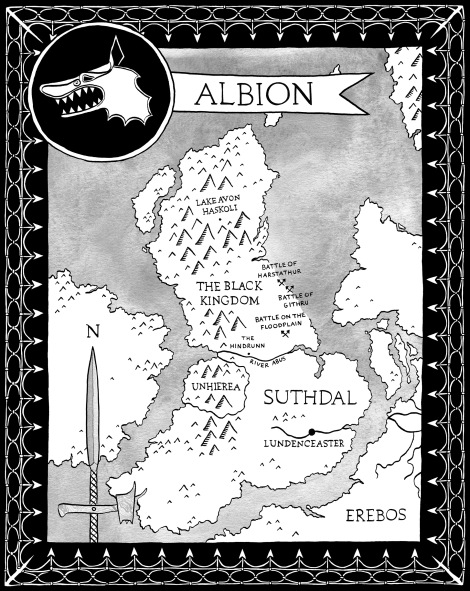 The world of the Anakim, coastline modified by a colder climate and lower sea-levels

In one of my wilder flights of imagination, I thought that maybe that aggressive social structure would have unforeseen consequences. For good measure, I therefore gave the Anakim plates of rust-coloured bone armour beneath their skin. The idea is that their society is so ancient, and so war-like, that they have evolved innate defences to spears, bows and arrows. The rust-coloured bone is due to its high iron content, which was also inspired by nature. There are several species of shrew which have blood-red teeth because they’re so full of iron for added strength.

However, physical differences are easy. Much more challenging, and more interesting too, is how the Anakim might have been cognitively. It is difficult to know where to start with this, as your brain is shaping your thought-patterns, even as you try to abstract yourself from them. For inspiration, I turned to the ancient cousins about whom we know most: Neanderthals.

One of the prevailing theories for a while has been that Neanderthals had limited ability to understand symbolism. I think this is wrong, but it’s an idea with interesting consequences. If symbols meant much less to the Anakim, it would change their art (if they had art at all) and perhaps make them physically incapable of developing reading and writing. And what would the result of that be? They’d need a formal means of memorising information. That’s where the idea for the Academy – a sisterhood of historians who commit to memory all Anakim history – came from. They’d need it to maintain a powerful sense of identity, and store all the knowledge that would enable them to progress as a society.

Another interesting idea came from the fact that Neanderthals lived in very small home-ranges, which we know from the isotope signatures in their teeth. They tended to travel very little, while modern humans of the same period were dying hundreds of miles from where they were born. We seem to be something of a pioneer species, with a mindset adapted to long-distance locomotion, which makes sense anecdotally. How many people do you know who don’t enjoy travelling? But I suspect the Neanderthals didn’t. And that got me wondering again about how a species who did not enjoy travelling would have thought about their home-range. Presumably they’d have been unusually attached to it. There might be a new dynamic there, where your home becomes as important as your family. And how would you feel when you then travelled far away from it? Like homesickness, but multiplied tenfold.

The Neanderthals and ancient humans gave me some interesting starting points for physical and mental differences. After a while, other facets of Anakim cognition and society started falling into place. In the same way that characters begin to take on a will of their own, and the story changes because you realise that you’re asking a character to do something that they never would, I developed a strong sense of what the Anakim would and would not do. They would be very austere. And obsessed with wilderness, which was in some way holy to them. Without writing, memory would become very powerful to them. And maybe that would be connected in some way to the land in which they lived.

And eventually, though I’d intended to make them as otherworldly as possible, I started slightly falling in love with these people. They haven’t got everything right, but it seemed to me that by and large, they have a much better sense of perspective than we do. They don’t care about money. Most of them don’t care about status. They only want to be fulfilled, and recognise that is best achieved through self-discipline, rather than self-indulgence. The fact that their symbolic understanding, and ability to read and write is poor, made them kindred spirits. As a dyspraxic, a hopeless artist and someone who didn’t learn to read until very late, I imagined myself fitting right in on that front.

Almost last of all came the name for these people, which I ended up finding in the Bible. It mentioned several giant races: the Rephaim, the Nephilim and the Anakim. I’ve always wondered whether Biblical stories have their origin in cultural legends. Perhaps the story of Noah and the flood is based on some kind of cultural memory of the catastrophic rise in sea-levels after the Ice Age. I wondered the same about these giant races. Maybe (just maybe) those are based on some distant cultural memory of the Neanderthals, or Denisovans – a prehistoric species of man like us, but somehow other. I liked that idea, and the nod it gave to the Neanderthals. The Anakim they became.

With the Anakim society constructed, there was one big question left. How would they react, when they encountered other humans, and vice versa? In The Wolf, I like to think I am not so much making stuff up, as trying to explore the underlying principles of our own world. So what evidence is there for what happened in the past when two human species encountered one another? It seems that interbreeding was pretty common. Modern humans carry DNA from Neanderthals, Denisovans, and probably one more unidentified group of humans. But though interesting, that doesn’t tell us too much. Hybrid children did exist, but under what circumstances they were conceived will likely never be known. There seem to have been more problems with the male offspring than the female offspring though (something else I borrowed for the book). The fact that Neanderthals and Denisovans are both extinct doesn’t tell us much, either. We could have outcompeted them, rather than massacred them. Or their demise might have been more related to a rapidly fluctuating climate, than our arrival.

I had to turn to more contemporary evidence. When modern human groups rub alongside each other, they often exhibit signals to demonstrate allegiance to their own group. The human mind seems to like clarity, and contrast, and when cultures feel threatened, they tend to respond with a renewed display of unity. So the Anakim, and their modern human neighbours might take that to extremes, not being merely different cultures, but different species altogether. They identify themselves by the fact that they are not the other. Stubbornly, the Anakim do not use personal adornment – that is something those other people do. Likewise, the modern humans detest wilderness – that is disorder, inherent to the Anakim. Unfortunately, putting these species together in the same land, the only outcome I could foresee was conflict. But maybe the result would also be greater unity between races of modern human. With this great external threat, perhaps we would focus more on our similarities, rather than our subtle differences.

Developing the Anakim was fun, but it also put a lot into perspective. We are a creature like any other, and there were once many more like us. They were not worse at being human than we are. They may very well have been our cognitive equals (even our superiors). They were just different, and as a species, we too came very close to extinction. We survived more through luck than skill, something we might do well to remember.

This post originally appeared as a Big Idea for https://whatever.scalzi.com/ 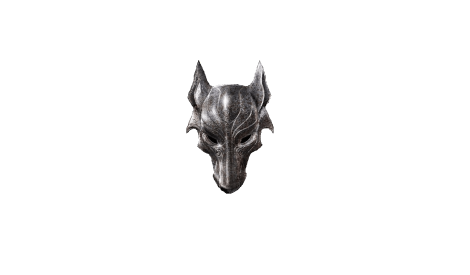 16 responses to “On the Origin of a Species”